tTech, A Major Investor in the JC Robotics Team! 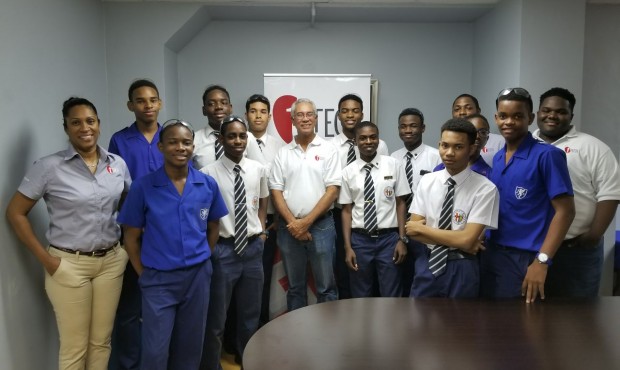 tTech, A Major Investor in the JC Robotics Team!

Throughout the newsstands of our island home, the Jamaica College (JC) robotics team has been making headlines for all the right reasons. Showcasing the Jamaican spirit of excellence in the field of technology and innovation, the team continues to perform well internationally and is poised to shape the field of robotics as they do so.

Past member and programmes manager of the team and the current captain for the National Robotics Team, Gavin Samuels told the Gleaner that the robotics programme at JC has actually been brewing for 10 years. “It (robotics) was introduced to the school in 2009 by the New York Chapter of the old boys association,” he said. “Since then, persons have travelled to New York to championship events and to get an opportunity to go to world championships.”

The back and forth travelling happened for 9 years until the efforts of the team began yielding rewards. “The team has amassed a lot of awards including the Motivate award, tooted for tremendous outreach work,” said Samuels. “There was also the Connect award which is for how they manage to inspire students around them and give their support to robotics in Jamaica. The Inspire award is the big award which is given to a team that shows mastery in all of the components that are judged.”

A major investor in the JC’s robotics team is Samuels’ employer, tTech Limited, the leading Managed IT Services provider in Jamaica. Founded by JC Old Boy Edward “Teddy” Alexander, the son of Carlton Alexander, tTech has been sponsoring the team for five years and is proud of its association with Samuels who also supports the National robotics team and the sport of robotics in Jamaica.

“It’s a natural sponsorship for us as one of the pillars of our corporate social responsibility is youth development,” said Gillian Murray, Marketing and HR Manager at tTech.
Samuels wants more Jamaican youngsters to consider the opportunity of being exposed to more careers in the field of technology through robotics. “I always say, it’s not a team building a robot; it’s a robot building a team,” he said.